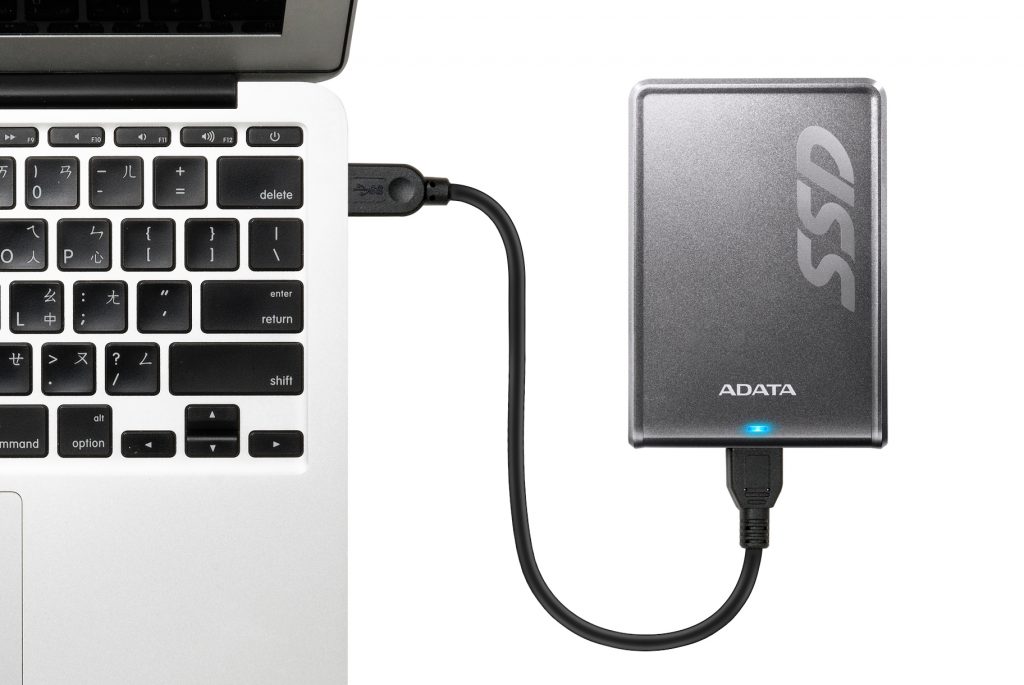 UK – December 8, 2016 – ADATA Technology, a leading manufacturer of high performance DRAM modules, NAND Flash products, and mobile accessories today launched the updated Premier SC660H and Premier SV620H external SSDs. Based on previous designs, the new models are part of the ADATA move to 3D NAND Flash in all new SSDs and in refreshes of existing models. The SC660H and SV620H feature 3D TLC NAND instead of traditional 2D NAND to provide increased reliability, durability, and efficiency. The drives connect to host PCs via USB 3.1 Gen 1, and are presented in two distinct enclosure styles. Thanks to 3D NAND, the updated SSDs are available in 256GB and 512GB as opposed to 240GB and 480GB in the original SC660/SV620. Performance is 440MB/s read and 430MB/s write in both models.

The SC660H measures just 9.6mm tall. Its slim enclosure uses electroplated and textured titanium, ensuring a high degree of resistance against shocks, scratches, paint chipping, and fingerprints. The SC660H weighs a mere 73g, a fraction of the bulk of an external mechanical hard drive.

Also light and slender, the SV620H likewise employs a sandblasted titanium enclosure that makes it shock and scratch resistant. Its flat surfaces are raised 0.75mm, so that even when moved across a desk or other area the risk of unsightly scratches is minimised. The SV620H weighs 76g, and like its SC660H sibling has a cool blue activity LED.

Bigger capacity in the same space plus added reliability

The 3D TLC NAND used on the two external SSDs is more reliable than 2D NAND and enables “packing” more storage into identical product chassis. At 256GB and 512GB, the SC660H and SV620H offer more space than their predecessors without consuming extra power. They are extremely efficient and ideal for notebook PCs thanks to placing very little stress on batteries. Like all SSDs, they run totally silent and cool. With their 3D NAND, the SC660H and SV620H simply offer a better value than 2D NAND-based external SSDs, representing another step in ADATA embracing new technology to benefit consumers worldwide. 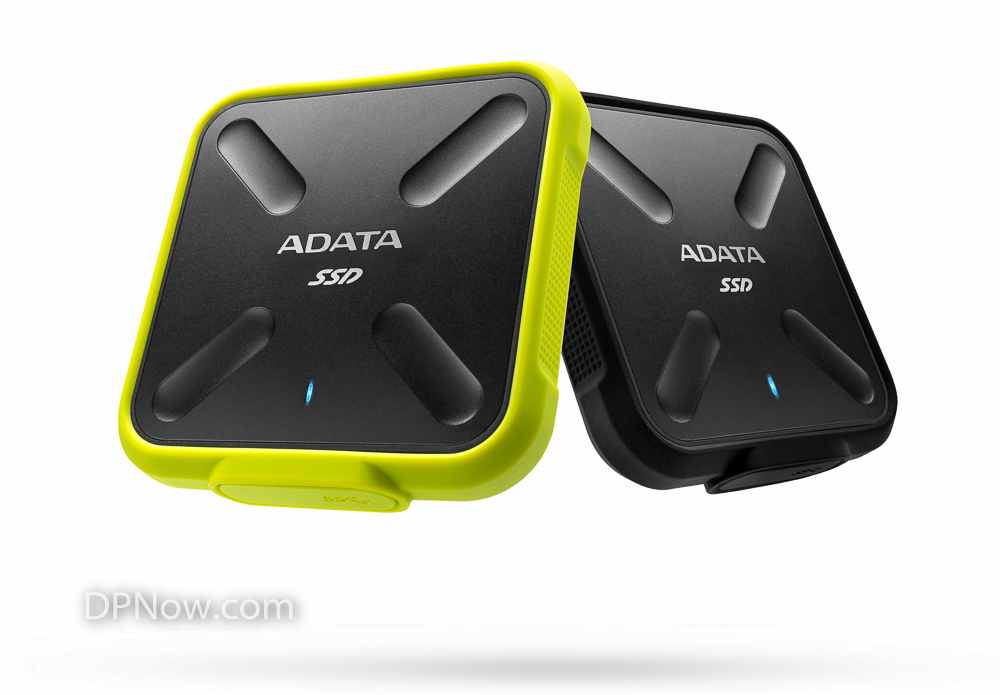 Nov. 17, 2016 – ADATA Technology, a leading manufacturer of highperformance DRAM modules, NAND Flash products, and mobile accessories today unveiled the SD700 durable external hard drive. The SD700 represents the first time 3D NAND SSD has achieved IP68 dust and water proof specifications in addition to military-grade shock proofing, all thanks to a tough protective enclosure and meticulous testing. The SD700 uses USB 3.1 Gen 1 to connect with Windows, Mac OS, and Android devices at speed read up to 440MB/s and write up to 430MB/s. In addition to being widely compatible, the SD700 is also very light, weighing just 100g for easy mobility. The SD700 will be available in 512GB and 256GB models, priced at £159 and £99 respectively.

The SD700 has been designed and tested to IEC IP68 standards. That means it is completely dust-tight to prevent particulate ingress and can operate normally even after submersion in 1.5m of water for 60 minutes. ADATA has also tested the SD700 to the popular US Army MIL-STD-810G516.6 shock and drop resistance standard, ensuring a high degree of shock proofing. With its multi-layered protective enclosure and obvious lack of moving parts as an SSD, the SD700 offers extremely survivable storage for extreme activities.

Benefits of 3D NAND brought to a new segment

ADATA has been transitioning more products to 3D NAND, which is faster, more reliable, and more power efficient than traditional 2D NAND. The SD700 arrives in 256GB, 512GB, and 1TB at very competitive price points that deliver a better cost/performance ratio than older, non-3D NAND SSDs. For connectivity, the SD700 uses high throughput USB 3.1 Gen 1, more than enough to stream 4K content with no buffering or lag. Typical data speeds are read up to 440MB/s and write up to 430MB/s. The SD700 is plug and play compatible with Windows, Mac OS, and Android devices to best serve global audiences.

Unlike most durable HDDs, the SD700 brings a new era of better mobility. It weighs just 100g, operates with complete silence, and does not build up any heat. Additionally, ADATA is offering the SD700 in two-tone black and yellow or all-black color schemes.

END_OF_DOCUMENT_TOKEN_TO_BE_REPLACED

Freecom announces the introduction of the mHDD Slim – a compact, lightweight and stylish portable drive in a strong metal enclosure that joins a wider family of new Desktop HDD and SSD products.